0
was successfully added to your cart.
Press enter to begin your search

A Brief History of Smokey’s

Smokey’s Stoves was established in 1976 by Gene Bradley and wife Trudy, Gene better known to Grants Pass as “Smokey.” Gene alias Smokey began installing woodstoves and cleaning chimneys through out Jackson and Josephine County he installed for several stove dealers and the general public.  He gained extensive knowledge of his industry by attending classes and seminars provided by the Hearth industry. Smokey had a  knack for getting hard jobs done, and his attention to customer service soon had them entering the retail market and opening their own store after operating out of a service van and garage the first couple years they opened a small store on Rouge River HWY beside Bev’s piano and organ.  Gene & Trudy have grown Smokey’s Stoves into a well loved hometown family business offering a full line of hearth products and take pride in keeping their customers safe and warm. Gene alias Smokey may have ben destined to become a Sweep from an early age as this image below of him may reveal. 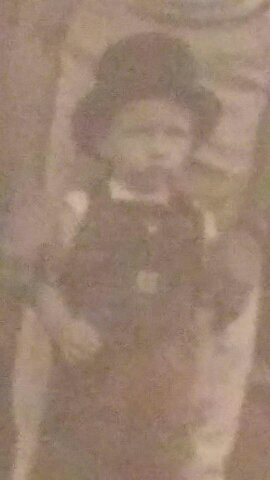 Arrived in Oregon in 1976 with intensions of living of the land hunting and logging. Much to my surprise the logging industry was on the decline in Oregon and with jobs far few I soon found myself doing a number of things to make a living. Hauling and clean up, bucking hay, trimming trees and any odd job that came my way along with buying and selling travel trailers and mobile homes I was always looking for what may come next. Then one day I received a call asking if I could install a Earth Stove in this fellas mobile home. I asked if he had instructions and since he did I figured its not rocket science and since I had installed a Franklin woodstove in my home in California I figured this shouldn’t be to difficult. While I was installing this stove the neighbor showed up on crutches to see what his neighbor was up to, when he saw what I was doing he asked if I could clean his chimney for him when I was finished, he had a flue fire the night before and the chimney was plugged and he couldn’t get on the roof because he had sprained his ankle. I told him I hadn’t cleaned a chimney before and he informed me he had the brushes and I just needed to sweep it down and clean it out at the bottom, I said no problem and as soon as I finished with the stove I would clean his flue, that job all went smooth and when the day was done I had earned a cool $175.00 better than a day in the woods. I figured if there’s one job out there most likely is another so I put a ad in the local newspaper to install stoves and clean chimneys and well the rest is history, Smokey’s Stoves is still going strong in 2018 only now its a family business with over 20 employees and we all love servicing the Grants Pass Medford area.

Further Down The Road